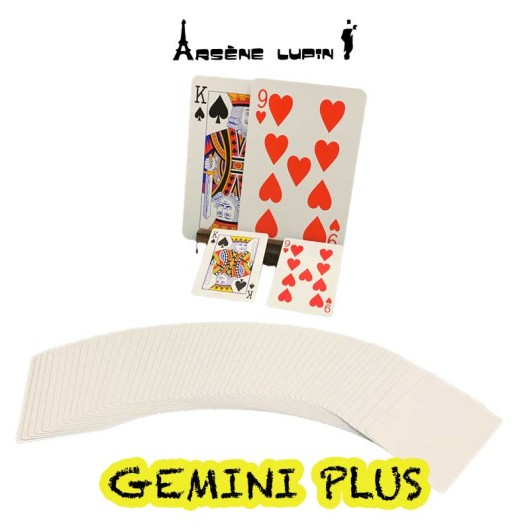 Gemini Plus by Arsene Lupin

If you watch the video of Darío Hueta's presentation on television, you can see the reaction you'll get with this trick.

Now the deck that is shown at the end is included, so you have the best result when doing it.

An effect that is simple to perform and impossible to understand.

The magician shows two Jumbo cards on their backs, emphasizing that they are two predictions.

The magician places the two cards on the rack, next to the Jumbo ones, and shows them so that it can be seen which cards they are.

Incredible as it may seem, when the two cards chosen by the spectator are turned over, they miraculously match the ones in the prediction.

In addition, and to make everything much more impossible, the entire deck is shown in blanck.

An almost automatic trick, in which no technique or skill is needed. 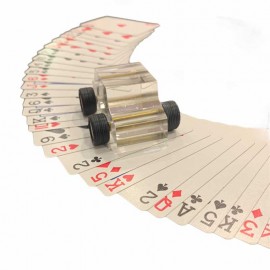 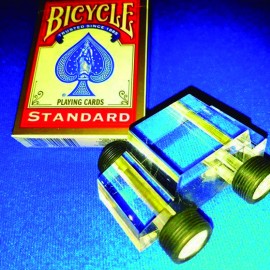 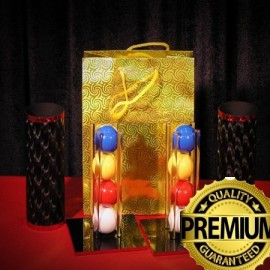 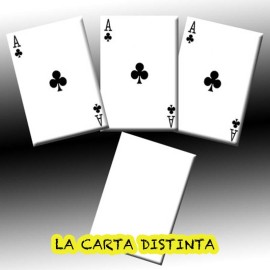 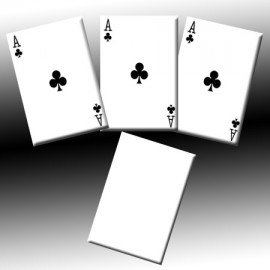