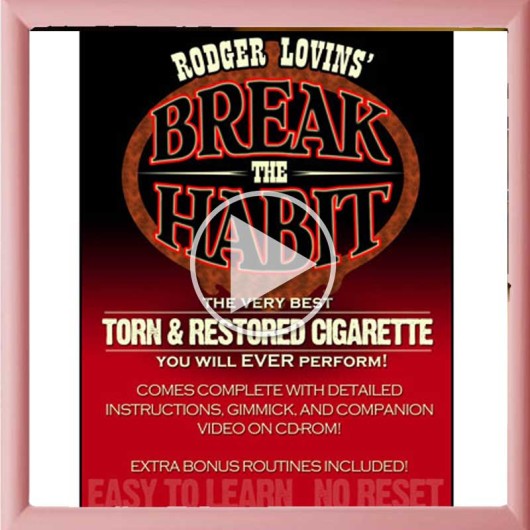 The very best Torn & Restored Cigarette you will EVER perform!

The magician displays a cigarette and says he is trying to break the habit. He proceeds to break the cigarette into several pieces and drops them into his hand. A little magical gesture and the hand is opened to reveal a perfectly restored cigarette. Next, the filter is torn off the cigarette. Visually it appears back on the cigarette! Must see to believe, it looks like real magic!

Other effects are also possible with this gimmick, including, Cigarette Up The Nose!

"Rodger Lovins has created cigarette magic for years and now you can have his masterpiece! This is the very best torn and restored cigarette effect you will ever perform!"