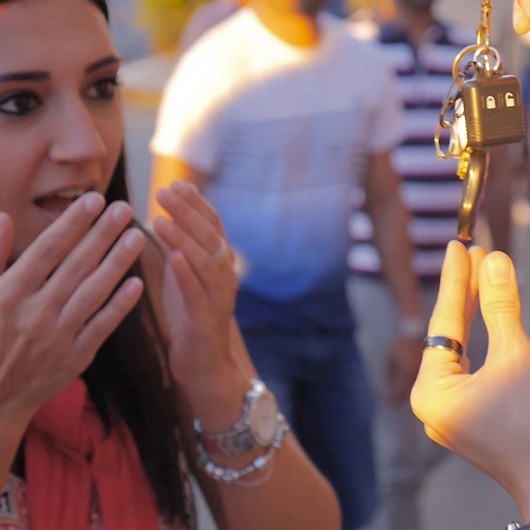 Departure is a secret utility device that allows you to visually VANISH a borrowed ring - then make it reappear LINKED to your key ring.

It's easy, powerful, practical - and almost entirely self working.

The special gimmick does all of the work for you.

The ULTIMATE ring flight. Departure can be carried with you throughout the day - ready to go at a moment's notice.

You'll be able to vanish ANY borrowed ring - and instantly have it re-appear linked to the keychain in your pocket.

Includes an ALL-NEW training video with Patrick Kun so you'll be able to hit the ground running, loaded with tips and details that make this look absolutely flawless.

Departure was first released in 2008 and has been performed thousands of times.

A lot of time was put into redesigning this new and improved version.

All new features were added AND made it as tough as a battleship.

Smaller Housing - takes up even less space on your keychain.

Plus - added some handsome lock icons to give it an even more realistic look.

This allows you to display the ring even further away from you body before the vanish.

Also good if you like to perform wearing a jacket.

Teflon Cable - Designed for years of service - WILL NOT SNAP OR BREAK.

Extra Bushing - There's an extra bushing on the housing where the cable emerges to cut down even more on friction.

Friction is the enemy of a good flight.

Carabiner Clip - Makes it easy to get any size ring on the clip without even looking.

Plus it just looks cool - like you just finished scaling Everest! Wherever you go, Departure goes.

Built to withstand heavy use, Departure is a ring flight that can withstand the CLOSEST scrutiny.

It's whisper silent and mega powerful.

Prepare to become the Lord of the Rings! 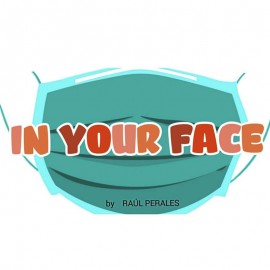 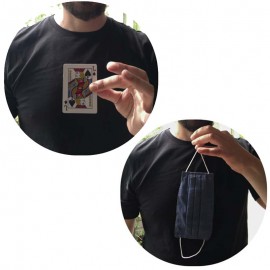 In Your Face by Raúl Perales (card to mask)