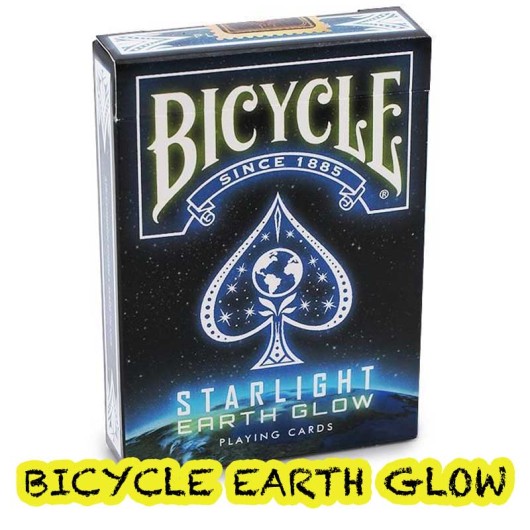 The Starlight Earth Glow deck was originally released April, 2015. This re-print has a limited print run of 2520 decks and a Special Limited Print Run Seal. Get one now before they are all gone once again!

Earth Glow honors that thin, blue line which makes our planet shine. While the term "Earth Glow" more commonly refers to the glow of the hidden moon, we have applied it to the atmospheric glow which lights up our world, the only thing that stands between life on Earth and the cold, dark void of space.

On July 16th, 1969, the Apollo 11 crew became the first people to look down at Earth from space. Buzz Aldrin called it "a brilliant jewel in the black velvet sky". NASA astronauts say that seeing our planet from space can cause a shift in awareness.

Holding this deck in your hands will give you the mental clarity and inspiration to properly cherish and appreciate this fragile marble which holds all knowable life. Our glowing blue space island which gives us everything.