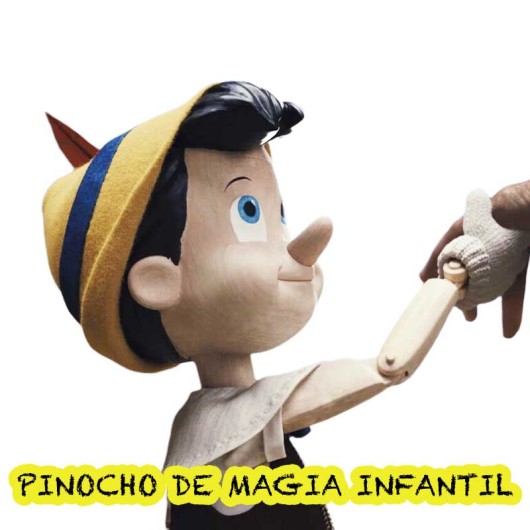 We are proud to be able to present a completely new children's magic effect in Spain.

Created by Arsene Lupin and the most creative German inventor in our field, Boretti.

In telling the story of Pinocchio, the magician uses a doll with a very realistic appearance.

The magician begins to talk to the doll, eliciting responses that, as in the story, are lies.

Every time a lie is told, the doll's nose lengthens (grows) .

The magician breaks off the elongated part of the nose and leaves it.

This can be repeated several times until in the last lie the nose grows twice as long.

At the end, the children realize that the magician's nose has also grown, even more than the doll's.

The tricks in this routine can be combined with an interesting dialogue, which not only makes the children laugh, but also provides educational value.